Who we are
Publications
Code of Conduct
Student and Research Prizes

This page showcases some of the most recent publications of the Fellows and Trustees of the BCMH. For more information, see our Who We Are page. 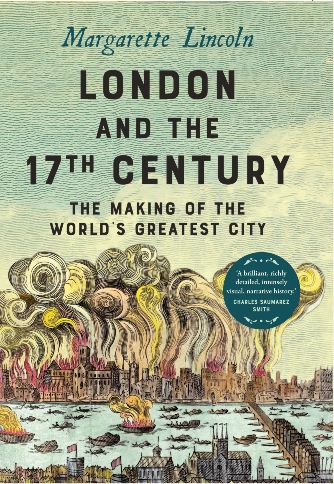 London and the 17th Century: The Making of the World's Greatest City

This fascinating account of the metropolis charts the impact of national events on citizens’ lives at a time of great upheaval. It contains chapters on the port of London and maritime trade.

It explores the impact of the notable figures on the city - such as Shakespeare, Bacon,Pepys and Newton - but also draws on diaries, letters, and wills to trace the untold stories of ordinary Londoners.

Through their eyes, we see how London - and the nation - emerged from a turbulent century poised to become a great maritime power. 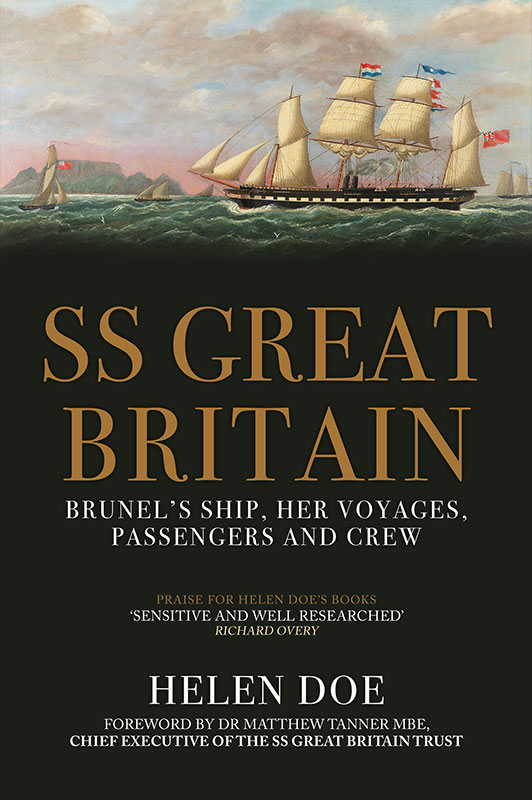 In SS Great Britain, Helen Doe tells the full story of this famous and historically important ship. Experimental in her day and controversial, she led the way for iron shipbuilding and screw propulsion. The book charts the ship’s brilliant design and construction, and the tribulations of her owners as they battled financial crises to turn Isambard Kingdom Brunel’s vision into reality. Brunel was passionate about this ship and was devastated when a navigational error stranded her in Dundrum Bay, Ireland. She was rescued in a great feat of salvage and went on to a long life at sea, carrying passengers to New York, troops to the Crimea and India, and thousands of emigrants to Australia.

The contribution of the many individuals connected to the ship, ranging from crew members to passengers, at least one grand Victorian scandal, and the mysterious disappearance of her long-serving captain are all revealed. In this way, the ship’s life and times are recreated and the history of a technical marvel is given a human face. The ship was salvaged a second time, when she was rescued from the Falkland Islands and towed home across the Atlantic. She now sits in splendour in her original dock in Bristol and is one of the most visited attractions in Britain. This a compelling account of an iconic ship and of an important moment in industrial history. 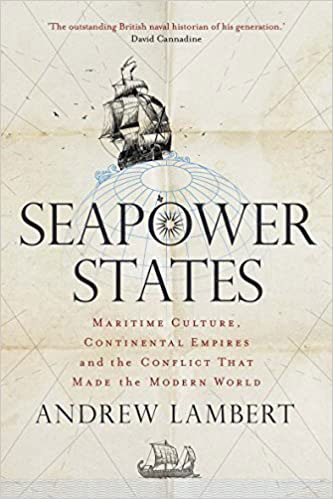 Seapower States: Maritime Culture, Continental Empires and the Conflict That Made the Modern World

Andrew Lambert, author of The Challenge: Britain Against America in the Naval War of 1812—winner of the prestigious Anderson Medal—turns his attention to Athens, Carthage, Venice, the Dutch Republic, and Britain, examining how their identities as ‘seapowers’ informed their actions and enabled them to achieve success disproportionate to their size.

Lambert demonstrates how creating maritime identities made these states more dynamic, open, and inclusive than their lumbering continental rivals. Only when they forgot this aspect of their identity did these nations begin to decline. Recognizing that the United States and China are modern naval powers—rather than seapowers—is essential to understanding current affairs, as well as the long-term trends in world history. This volume is a highly original ‘big think’ analysis of five states whose success—and eventual failure—is a subject of enduring interest, by a scholar at the top of his game.

In 2019 Professor Lambert was awarded the sixth annual Gilder Lehrman Prize for Military History by the Gilder Lehrman Institute of American History for this book. The prize is bestowed annually in recognition of the best book in the field of military history published in English during the previous calendar year and this was the first work on naval history to win the prize. 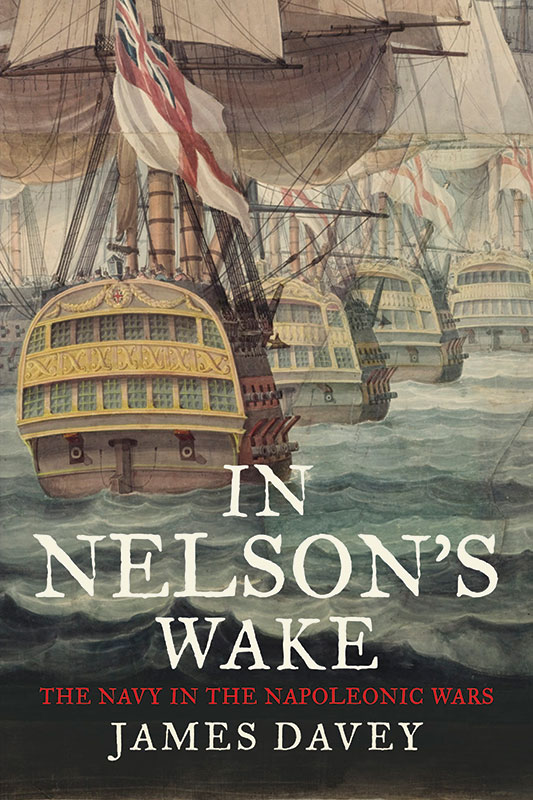 In Nelson's Wake: The Navy and the Napoleonic Wars

The Napoleonic Wars saw Britain immersed in a conflict of unprecedented scale and intensity. With France dominant on the European mainland, the fate of the British population rested first and foremost on the Royal Navy and the thousands of individuals who served on warships around the world. Most famous of all was Horatio Nelson, who won a notable victory over the French at the Battle of Trafalgar in 1805. This victory did not, however, end the war at sea. Over the subsequent decade, the Royal Navy played a crucial role in the struggle against Napoleonic France, and helped ensure his final defeat.

In this compelling history, James Davey traces the numerous roles played by the Navy between 1803 and 1815. From battles and blockades to convoys and raids, he shows that British ships were a constant presence, thwarting Napoleon’s ambitions and helping to ensure a British victory. Dramatically narrating famous events alongside less well-known actions, Davey tells the story of the many individuals who followed in Nelson’s wake. From reckless officers and courageous sailors, to canny politicians and those who laboured in the Royal Dockyards, he shows how people from across Britain made a fundamental contribution to the war effort and, in doing so, helped shape British history. 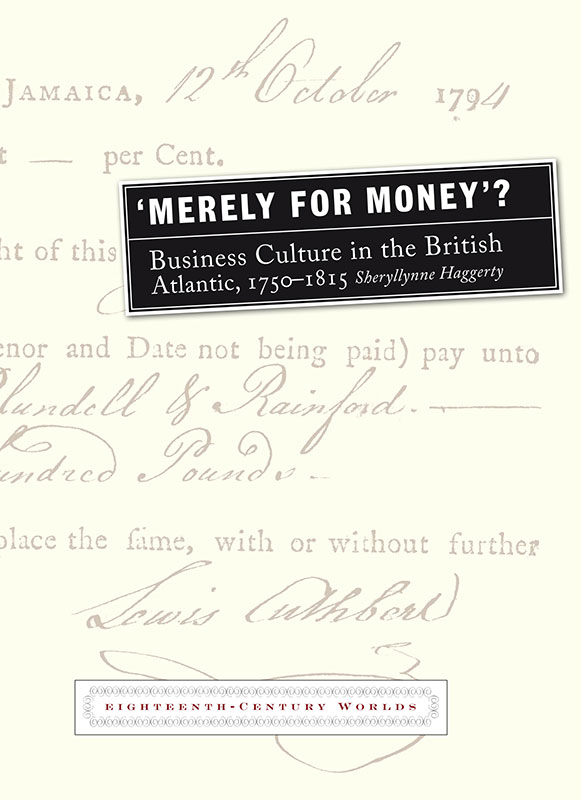 In 1780 Richard Sheridan noted that merchants worked ‘merely for money’. However, rather than being a criticism, this was recognition of the important commercial role that merchants played in the British empire at this time. Of course, merchants desired and often made profits, but they were strictly bound by commonly-understood socio-cultural norms which formed a private-order institution of a robust business culture.

In order to elucidate this business culture, this book examines the themes of risk, trust, reputation, obligation, networks and crises to demonstrate how contemporary merchants perceived and dealt with one another and managed their businesses. Merchants were able to take risks and build trust, but concerns about reputation and fulfilling obligations constrained economic opportunism.

By relating these themes to an array of primary sources from ports around the British-Atlantic world, this book provides a more nuanced understanding of business culture during this period. A theme which runs throughout the book is the mercantile community as a whole and its relationship with the state. This was an important element in the British business culture of this period, although this relationship came under stress towards the end of the period, forming a crisis in itself.

This book argues that the business culture of the British-Atlantic mercantile community not only facilitated the conduct of day-to-day business, but also helped it to cope with short-term crises and long-term changes. This facilitated the success of the British-Atlantic economy even within the context of changing geo-politics and an under-institutionalised environment. Not working ‘merely for money’ was a successful business model. 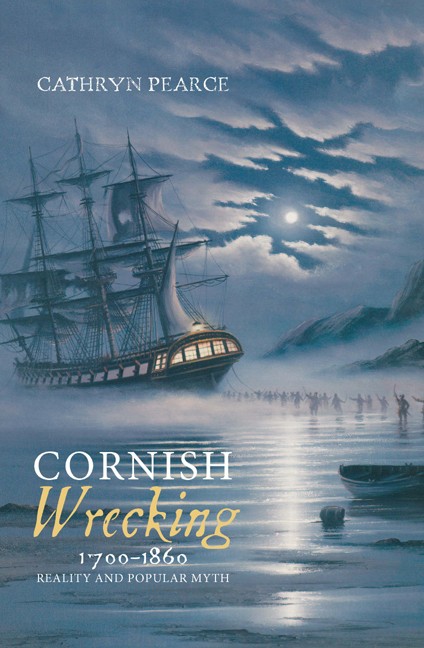 Although the popular myth of Cornish wrecking is well-known within British culture, this book is the first comprehensive, systematic inquiry to separate out the layers of myth from the actual practices. Weaving in legal, social and cultural history, it traces the development of wreck law - the right to salvage goods washed on shore - and explores the responses of a coastal populace who found their customary practices increasingly outside the law, especially as local individual rights were being curtailed and the role of centralised authority asserted.

This ground-breaking study also considers the myths surrounding wrecking, showing how these developed over time, and how moral attitudes towards wrecking changed. Overall, the picture of evil wreckers deliberately luring ships onto the rocks is dispelled, to be replaced by a detailed picture of a coastal populace - poor and gentry alike - who were involved in a multi-faceted, sophisticated coastal practice and who had their own complex popular beliefs about the harvest and salvage of goods washing ashore from shipwreck. Cornish Wrecking received the Holyer An Gof 2011 Highly Commended Award for Non-Fiction.