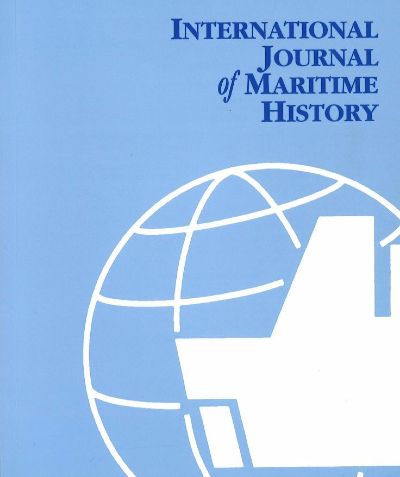 We are pleased to announce that this year's John Armstrong Prize (for articles published in 2020) has been awarded to Madeleine Mant ‘For those in peril on and off the sea: merchant marine bodies in nineteenth-century St. John’s, Newfoundland’. Published in the International Journal of Maritime History, 2020, volume 32, No 1.

Dr Mant’s paper used records of St. John’s General Hospital in the late nineteenth-century to identify the names and reasons for admission of male merchant seafarers. Seafaring inpatients were found to be significantly more likely than Newfoundland males to be hospitalized for fevers, trauma, sexually transmitted and respiratory diseases. By cross-referencing the individuals concerned with crew lists, it was possible to determine how long they had spent in port before hospital admission, the results making a contribution to the scant knowledge about the health of a maritime workforce.

The annual prize of £250 commemorates the career of John Armstrong, a BCMH founder. It is awarded annually for a paper published in a peer-reviewed, English language journal for articles within the broad field of merchant ships and the shipping industry in the 19th and 20th centuries.

The BCMH offers its congratulations to Madeline, and reiterates the Commission’s thanks to the estate of Professor John Armstrong for generously funding the prize, and also to the trustees and fellows of the BCMH who assessed the entries.

Nominations for papers published in 2021, are now warmly invited from journal editors, authors and other interested parties. Nominations close at 31 August 2022.

Find out more about the John Armstrong prize and how to submit an article.